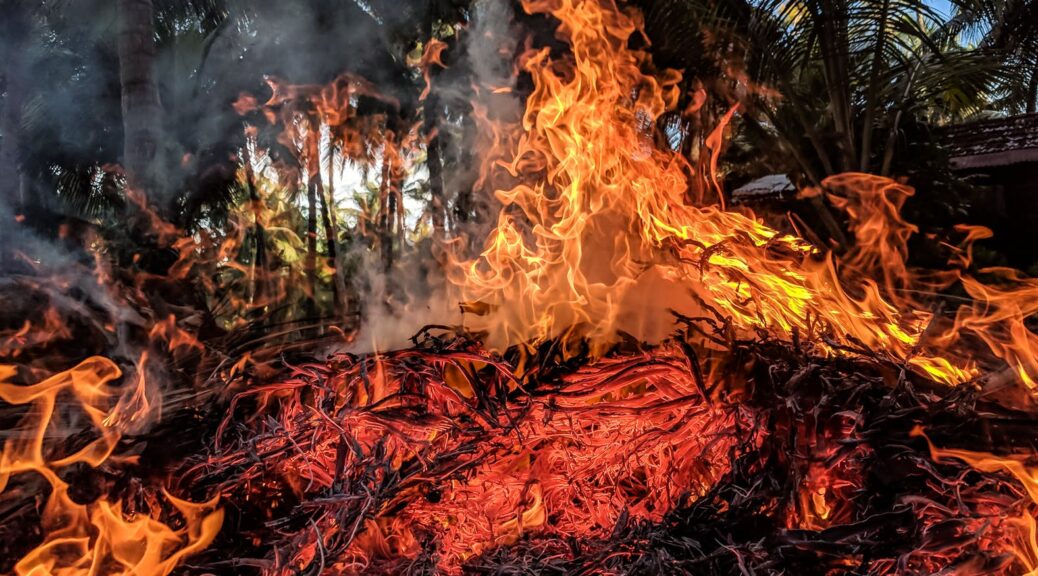 Extensive media coverage has recently shared the extent of a severe and catastrophic wildfire season threatening people and wildlife in Australia. Their typical fire season has been made more severe by heat and drought. While it is difficult to tie individual weather events to climate change, we know that climate change has increased the likelihood of extreme weather events and heat and drought. Dozens of people and millions of animals have lost their lives in the current Australian fires alone.

These events lead me to reflect on the literature on moral shocks in social movements. Jasper and Poulsen (1995) find that moral shocks, or situations or experience that cause a sense of outrage in individuals that inclines them toward political action, function as social movement recruitment tools. Another definition of moral shock comes from Jasper: “the vertiginous feeling that results when an event or information shows that the world is not what one had expected, which can sometimes lead to articulation or rethinking of moral principles” (2011). To what degree might these events influence recruitment into the climate movement?

Farrell (2014) uses survey data to discuss the BP oil spill’s function as a moral shock its implications for American volunteering and donating behavior. These findings point to the potential role of the many images and information about the Australian fires in leading to an emotional response the influences behavior. In this case, large amounts of money and supplies have been donated to organizations working on Australian fire relief.

The influence of a moral shock varies based on individual characteristics. According to Jasper, moral shocks often “clarify” or “activate” underlying values as opposed to creating new values or changing them (Jasper 2011). The images and messages shared in the media and by organizations have likely activated identity standards related to values and morals held by many people, activating and casting donation and other behaviors as consistent with how people see themselves.

While these events have captured much global attention, weather and climate-related disasters are occurring globally, including flooding, drought and deforestation in developing nations. However, all issues do not receive the same level of concern and attention. This is unsurprising in many ways given existing power structures in which powerful groups and nations have more power to frame and get attention to solve their issues than the marginalized.

As we see increasing and frequent disasters such as these due to climate change and other human-caused environmental problems, questions remain as to the long-term effects of continued exposure to these images over time. Will such images and messages lead to fewer responses as they become increasingly frequent? Will inequalities in attention and resources given to marginalized places and populations further exacerbate differences in ability for communities to address climate-related disasters?